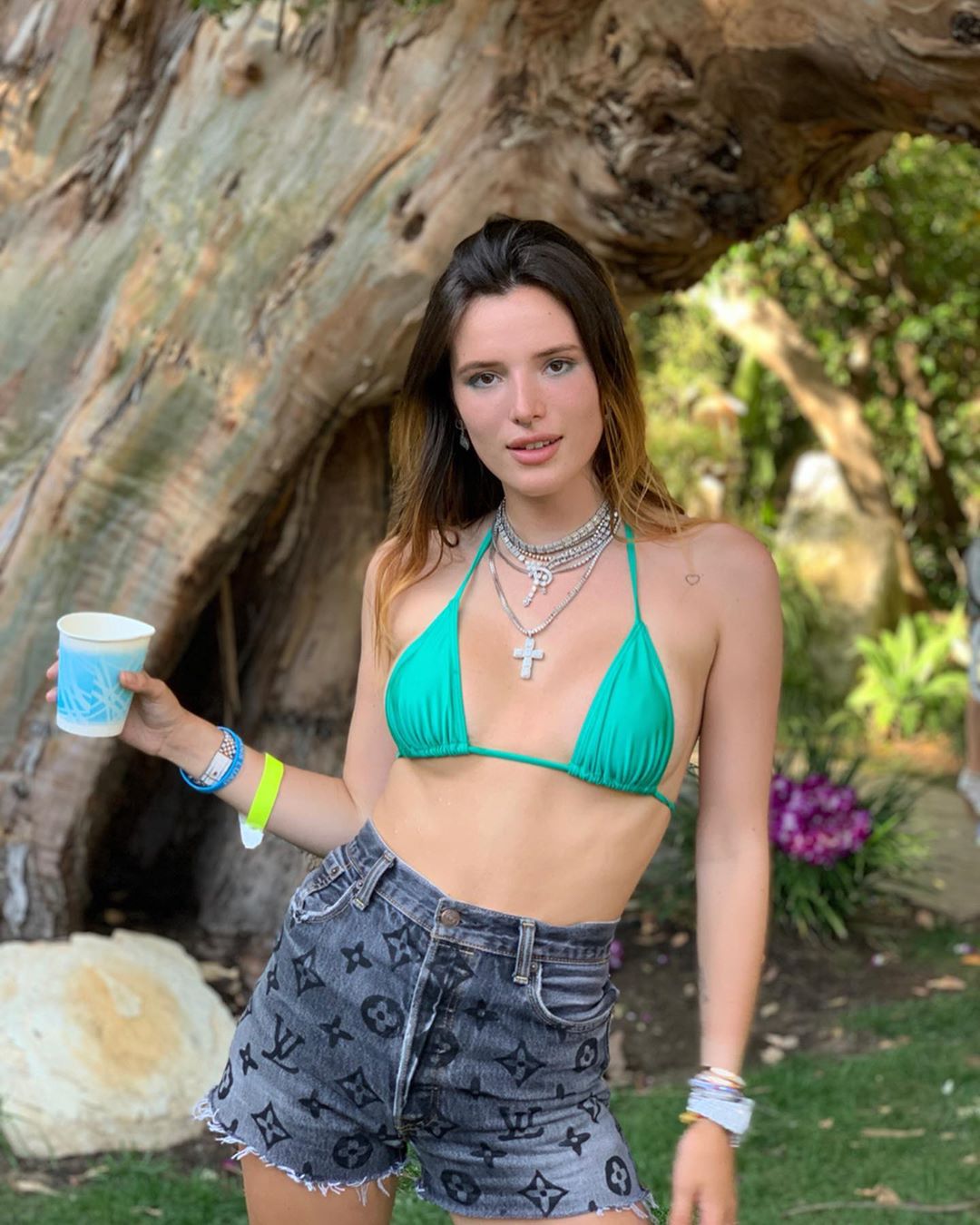 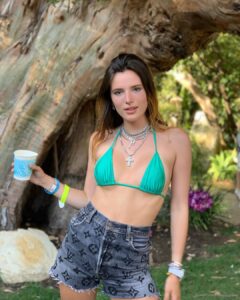 Bella Thorne is taking a stand against hackers in the best possible way – by posting her own leaked topless pics online.

You read that right, Bella Thorne’s private topless photos were stolen by hackers who in turn threatened to release them if she did not give in to their demands. Bella responded by posting the photos of her bare boobs on her own Twitter and showing she wasn’t afraid for them to be seen.

The story made headlines obviously due to numerous celebrities having private nude content leak, but this being one of the only cases where a celeb turned things around and ended the threat herself. Bella Thorne has never been exactly shy on her social media but taking a stand by showing her topless tits (pierced nipples and all) really did make waves.

Bella Thorne ended up deleting her boobs from Twitter, but as many of you undoubtedly know by now,  she made another monumental step in the celebrity nudity realm by joining OnlyFans!

Bella made headlines by being one of the first major celebrities to join the subscription-based social media platform and also received backlash for taking attention away from non-celebrity users. Our feeling is that Bella opened the door for other celebs to realize that there is nothing wrong with nudity and if they’re comfortable with the idea, it can be a great platform for uncensored communication with their fans.

From beating hackers to the punch with leaking her own nudes to pioneering a movement for celebrities to get naked for their fans if they choose to, Bella Thorne is already an NSFW legend and we highly recommend giving her a follow at OnlyFans.com/bellathorne!