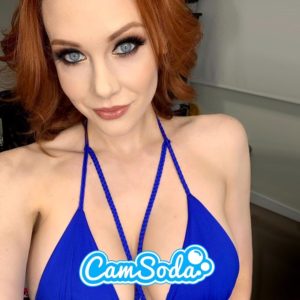 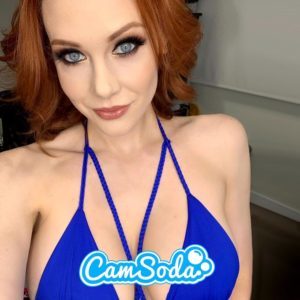 If you grew up as a fan of the hit series “Boy Meets World,” it was not uncommon to have a crush on one of the various ladies on the show. Sure the cast started off in grade school but before long it was the college years and all bets were off. During that time Maitland Ward debuted as “Rachel McGuire” on the show. She was the tall red-head that many fantasized about being their own college roommate, and these days she’s making more fantasies come true than ever before.

Since Boy Meets World remained a family show, for the most part, we never got into the fact that a girl living with two dudes probably meant she was banging one or both. While “Rachel” the character seemed to have a bit of a wild side we never got to explore, Maitland Ward is an absolute sexual goddess on many fronts in real life.

Maitland’s pornographic content was a topic of debate in itself at first. Many claimed she was just posing in pics that looked like she was being penetrated or having sex with another female but wasn’t really doing it. Eventually, there were videos with full-on sex with both males and females to make Maitland Ward’s transition into the adult entertainment world complete.

So with all this, we’ve said for a long time that Maitland Ward is the perfect candidate to be a cam model and let her fans enjoy her naked endeavors live – and now it’s happening! Maitland will be live for a special “cosplay show” on CamSoda from 5 pm PST/8 pm EST on 8/7/19. And hopefully, this is only the beginning as Maitland sees that there is a big audience that wants to interact with her live!

Don’t forget to catch Maitland’s first cam show on her new CamSoda page and give her a follow to keep up with what she has in store next!