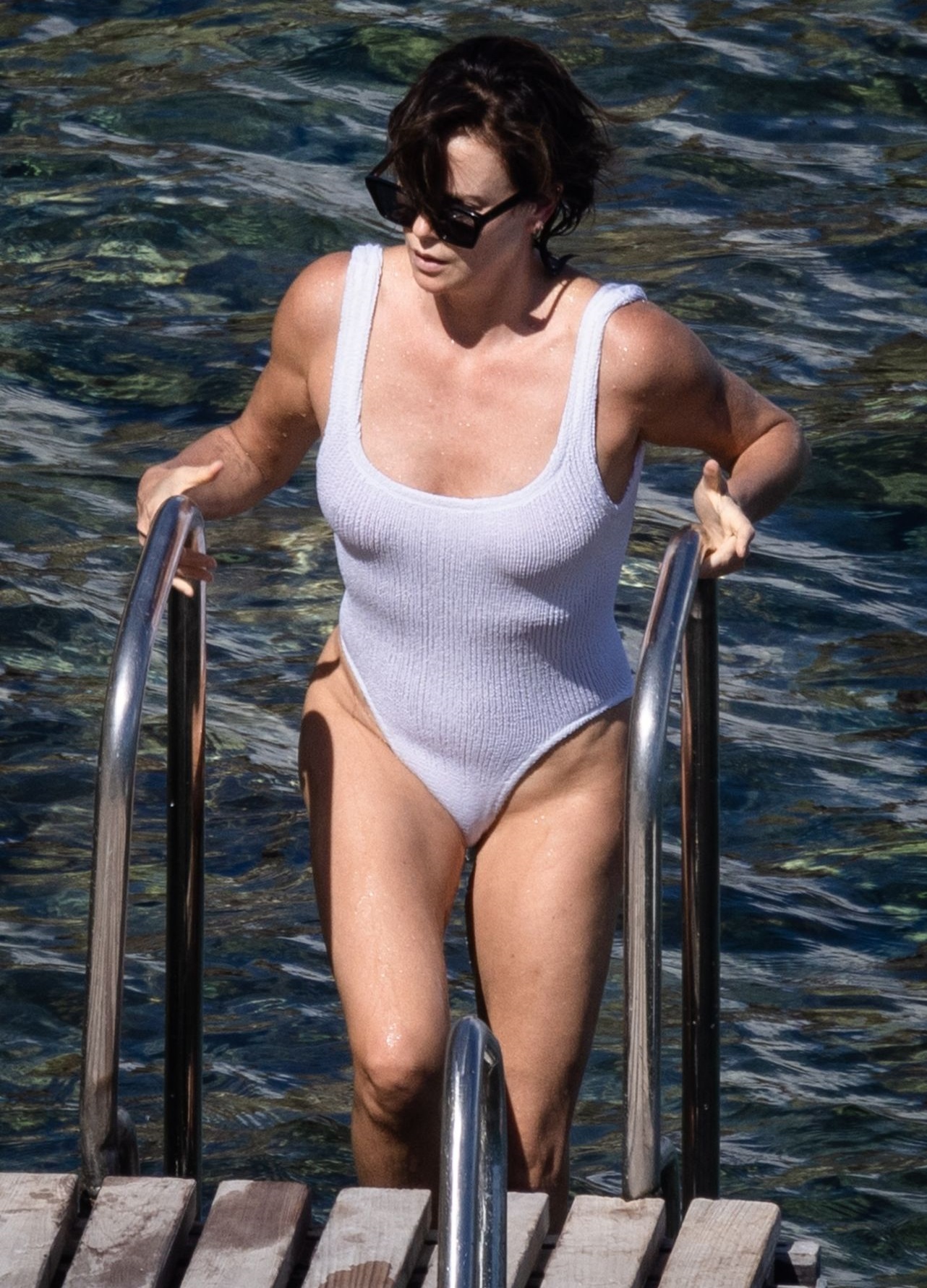 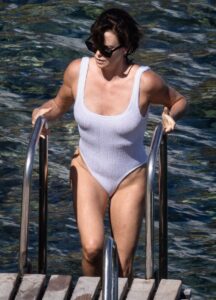 Since the mid-90s, Charlize Theron has been an absolute nudity legend. From doing nude scene after nude scene throughout her career to posing in Playboy, Charlize is without a doubt at NSFW icon status. Now, here we are nearly 30 years later, and 47-year-old Charlize Theron taking her clothes off in public is still an eye-popping headline.

It seems that Charlize was enjoying herself at the beach in Italy with her daughters and decided that her bathing suit was preventing her from getting the perfect tan. From there, it was almost like some sort of tease-porn as Charlize took her top down and exposed her boobs, then realized her ass need a full tan too…before apparently just ditching her bathing suit completely. The scene reminiscent of the time Brooke Burke hung out with her family at the beach, then ditched her top and set her tits free.

Some of the things we write about seem to be fantasy based, and this is one of them, but it really happened. Charlize Theron tanned nude in public and didn’t seem to think much of it. Then again, after inspecting the bathing suit she was wearing, it’s almost certain Charlize doesn’t care about her naked body being seen in public since the suit was just about completely see-through, providing some unbelievable full-frontal shots.

There is so much variety in the photos below, from Charlize Theron topless with up close shots of her nipples to her bare ass, but since she appears to have gone bottomless, we wouldn’t mind some added fully nude frontal views as well. Enjoy the iconic Charlize Theron hanging out naked in Italy: