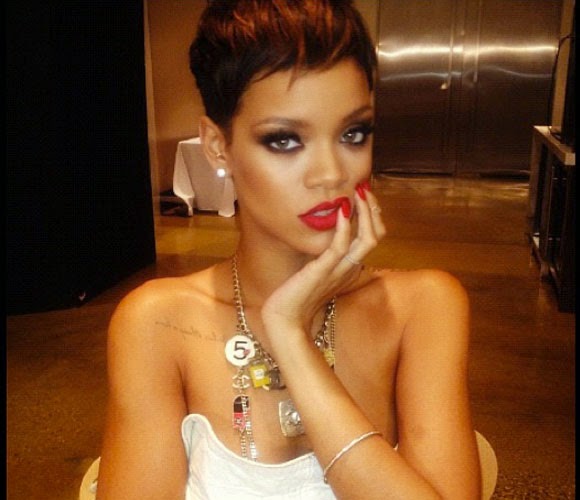 We’re starting to wonder if all of this is just a dream….is it really possible that we are getting to see TONS of big name celebrities’ private nude pics day after day?  Just yesterday we reported Vanessa Hudgens, Gabrielle Union, and Kim Kardashian totally nude pics leaked online, and less than 24 hours later here we are again to report on another batch of nude pics from a dream list of celebrities in Rihanna, Meagan Good, and Amber Heard.

Of course Rihanna had a highly memorable nude pic leak way back in 2009 around the time of the Chris Brown controversy but it was at a time when Rihanna wasn’t quite the sex siren that she is now.  Of course since then Rihanna has reached iconic status when it comes to nudity, but somehow it’s always just more raw and real with these new nude pics that have leaked online.  Some of the pics are outtakes from her super hot nude spread in “Lui” magazine from earlier this year, so having even more from this unbelievably hot shoot is huge in itself, but there is much, much more.

Rihanna has outdone herself with a stellar collection of nude pics (some of which were obviously taken by a VERY lucky person and aren’t “selfies”) that have leaked online; from plenty of shots of her topless boobs, to her ass in thongs, to the first ever full frontal nudity we’ve ever seen from her…..Rihanna being part of “The Fappening” is a perfect fit, and one that will have your head spinning after seeing her pics.  Our friends at the Phun.org forum have posted the Rihanna pics and are monitoring the situation 24/7.

Next up we have Meagan Good who is another actress like Gabrielle Union yesterday falls into the “we never thought we’d see her nude” category….but boy do we!  According to TMZ Meagan responded to the leak on Instagram stating that the naked pics were taken for her husband, but added “”evidently we all know how I feel about my t**ties.”……now that is awesome.

When it comes to her collection of leaked nudes, Meagan wasn’t lying – her pics are various shots of her bare tits and even some while “facetiming” with her husband.  There is even a pic of Meagan pulling out her boob for a pic at what appears to be a public restaurant! …..so yeah this girl loves her boobs, and so do we now!  Check out Meagan’s collection of boob pics here.

Finally we have Amber Heard, whose pics appear to be for Johnny Depp himself as some of them include sexy messages to him.  This is another collection that has a LOT of boob action going on as we see Amber in the bathtub, in bed, and even a few nude mirror selfies.  Check out the multiple topless (and then some) Amber Heard leaked pics here.

We’re trying to keep track of ALL the nude leaks that just keep happening….one thing is for sure, this is without a doubt THE biggest celebrity nude photo leak scandal EVER, and one almost all of us thought we could only dream of.  Who’s private nude pics will leak next?  Only time will tell.