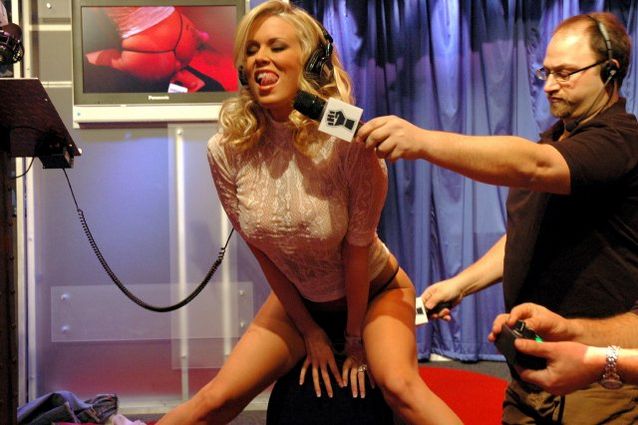 Lately, we’ve realized that a lot of our visitors have been checking out a post we did about a year ago on Leticia Cline getting naked and riding the Sybian on Howard Stern. In the video, stern talks Cline, who has appeared in Playboy, Maxim, and on TNA Wrestling among other various projects into stripping down to only a thong then riding the Sybian to the point of orgasm.