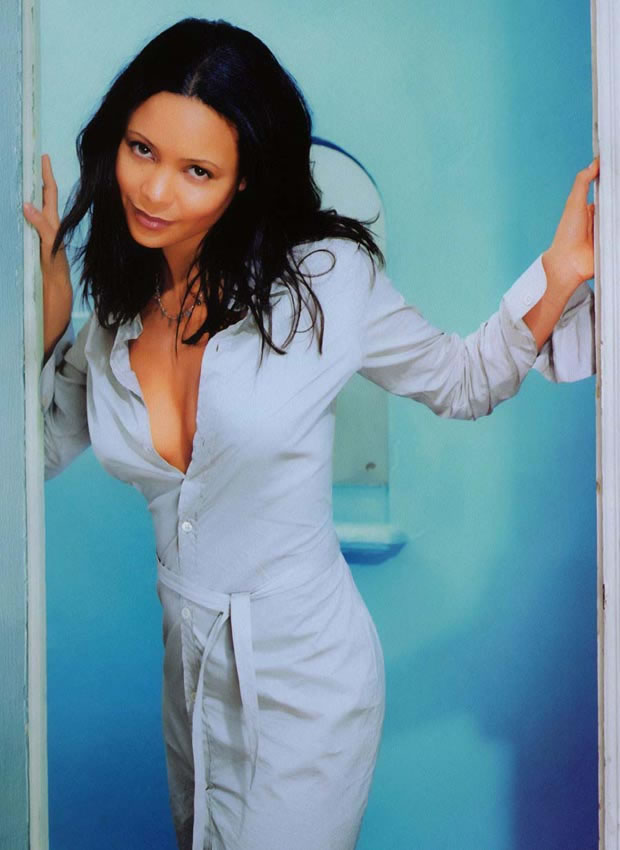 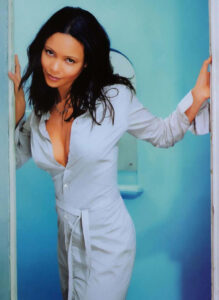 If DirecTV is making an effort to bring a lot of attention to their new original series “Rogue,” they’ve done a good job of it by getting Thandie Newton to get naked in just about every episode so far.

Thandie is pretty much a nudity veteran now being I remember first seeing her get all kinds of topless in the 1997 film “Gridlock’d.”   Since then she’s shown her boobs a few times, but in Rogue, Thandie is really steaming things up like never before.

Our first sign that Thandie Newton wasn’t messing around in “Rogue” came in episode 2, as this sex scene was red hot from the get-go.  We see Thandie bending over and waiting to get pounded as the guy pulls out her boobs and feels them up before she takes the guy and just takes the initiative herself.  Not only do we get awesome shots of her topless boobs, but we get great views of her ass as well as she rides the guy to “completion” if you will. The urgency in all this makes for one super hot sex scene.  Check out this hot scene below:

Next, it’s episode 5 and Thandie is hitting the bedroom with some gangster guy from the show.  It’s a full-on fuckfest as he’s giving it to her good, and again we get great views of Thandie’s boobs.  We get to see something new here for Thandie as the guy goes down on her, so we get a great view of her again as she gets off to this guy’s tongue.  Maybe not as horny of a sex scene as the previous, but still good nonetheless:
Finally, it’s episode 6 and we get a nude shower scene as Thandie’s gangster love interest on the show walks in to watch (like any of us would.)  Of course it isn’t long before the guy can’t resist and joins her in the shower to give her what she wants.  We get to see Thandie rammed in the shower this time as her tits bounce around and remind us how nice a pair of real breasts are to watch in HD:
So basically if you’re into shows with a lot of sex and nudity from an established actress like Thandie Newton, “Rogue” is for you.  We’ve provided her hottest moments so far, but it really makes us wonder how much hotter things can get when it gets closer to the end of the season.  Thandie has been getting naked on screen for many years, and it’s great to see her realizing that is what is needed to help this DirecTV original series get off the ground.  Check out “ROGUE” on DirecTV’s Audience Network.