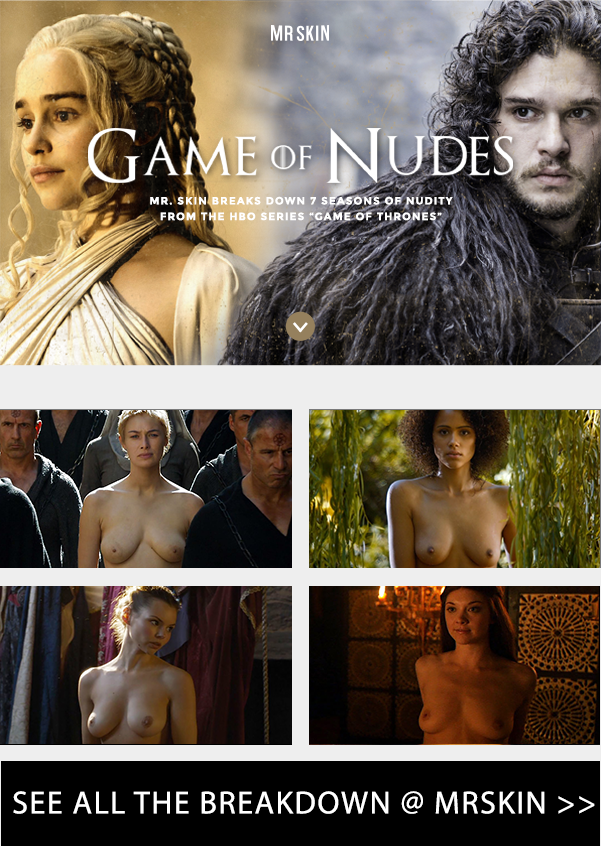 Game of Thrones has owned its viewers since it’s inception, and one major reasons has been the sheer amount of nudity on the show. Right out the gate the first season had more nude scenes than any other. If you weren’t aware of that fact and others like it, today’s post will serve as your official Game of Thrones nudity education.

Anyone that turns on an episode of Game of Thrones likely knows they’re going to see boobs and probably a healthy amount of sex too. But has anyone really thought about the concrete numbers before? Sure anyone that has seen the show has seen Emilia Clarke nude, but how many Game of Thrones nude scenes have their actually been? Which actresses actually faked their nudity (for shame!) Leave it o our friend Mr. Skin to do the research and lay out the concrete numbers on the nudity stats we all need to know.

As the 8th and final season kicks off, we’re hoping for another great season of nudity to add the icing on the cake of one of the best shows for nudity ever. Will Emilia Clarke take it off a few more times to solidify her nudity legend status? Will there be newcomers that strip down because they want to be on the show? If there is one show that should know how to go out with a nudity bang, it is definitely Game of Thrones.

Where does “GOT” rank on all-time list of nude scenes in a TV series? Which house has the most members who have got naked? And of course, who are the most searched celebs who have gone nude on Game of Thrones? It’s all listed on the official Game of Thrones Nudity Infographic, the perfect companion to the GOT season 8 kickoff!