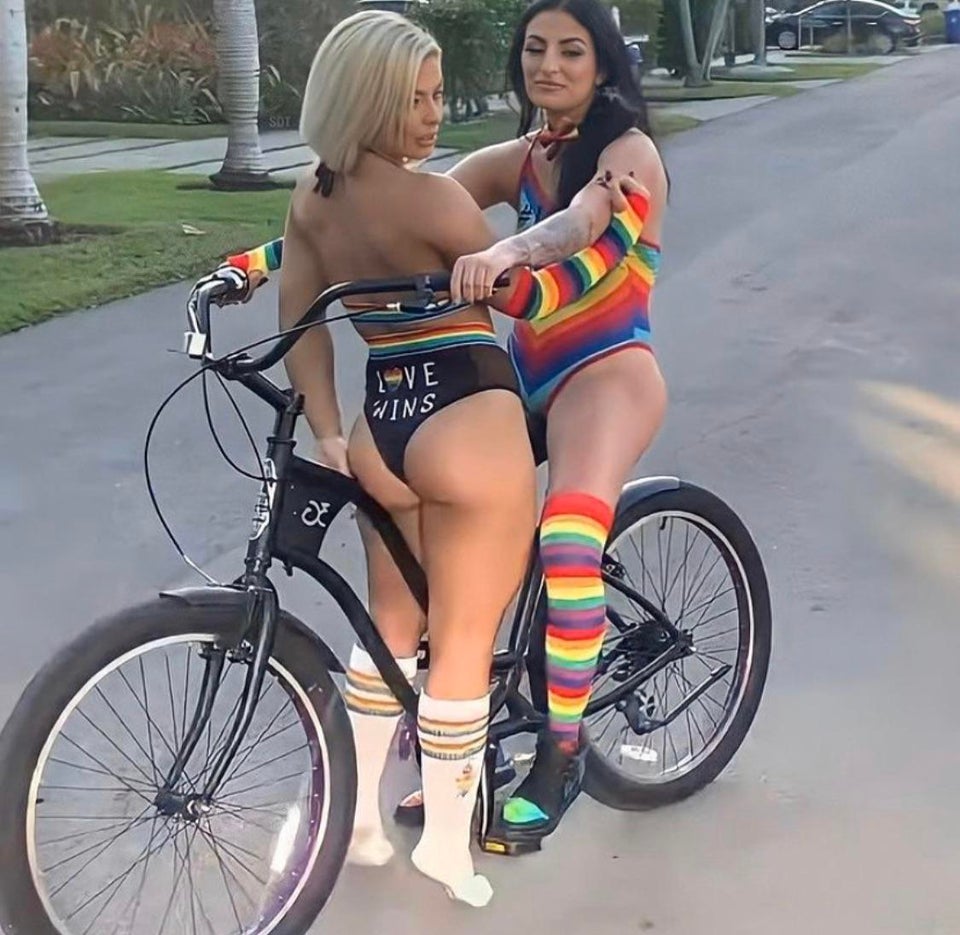 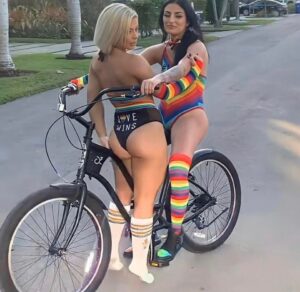 A few things need to be recapped here before we get to the amazing “DaMandyz” Calendar. Mandy Rose (Amanda Saccomanno) and Sonya Deville (Daria Berenato) debuted on the main WWE roster with Paige back in 2017 after spending time in NXT.  Shortly after it was revealed that Deville was the first openly gay female wrestler in WWE.

Since it was known that Sonya Deville was a lesbian, then add the fact that it became clear Sonya and Mandy were good friends outside of the ring based on several social media posts, of course, thoughts ran wild about the possibility of the two being a real-life couple. Honestly, we can kind of see that thought process based on pics like this: 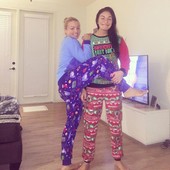 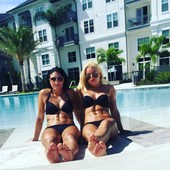 So the openly gay Sonya Deville with the apparently straight Mandy Rose, yet numerous pics of them hanging in bikinis and often getting very close – we have zero problem with any of it of course, but try to tell us Sonya wasn’t getting turned on watching Mandy undress or rub up on her. I mean, friends that are this close probably shower together, right? We’re sure Sonya has seen even more than we saw when Mandy stripped down for Maxim Australia.

Things really heated up when WWE itself actually seemed to begin a lesbian romance storyline between Mandy Rose and Sonya Deville on TV. The duo suddenly was hugging up closer than ever in their intro and had several moments where they appeared to be on the verge of making out on live TV as they looked into each other’s eyes and even caressed each other to build things further:

Then just as the storyline seemed to be ready to go with our first lesbian couple in WWE, of course, the company completely dropped the ball by breaking the duo up with Sonya turning on Mandy. There we so many possibilities here and would’ve been a first in the company, yet the whole thing just seemed to get abandoned.

To rewind a bit, during Mandy and Sonya’s on-screen partnership, the duo also created their own YouTube show titled “DaMandyz Donutz” which featured the ladies enjoying donuts during their travels around the globe. Of course with their breakup on TV, they couldn’t really keep their YouTube show going and ignore their feud, so DaMandyz Donutz went on hiatus for months.

Also during this time, Sonya Deville, unfortunately, had to deal with a stalker situation in her personal life that has had her away from TV completely. Thankfully Sonya recently made her return to TV on SmackDown while Mandy is on RAW, which has opened the door for their return to YouTube, and DaMandyz Donutz is back in a BIG way.

One of the genius marketing moves behind marking the DaMandyz brand has been releasing a calendar with Mandy Rose and Sonya Deville in sexy pics together – and this year features some next-level stuff. We’re talking about Mandy and Sonya BOTH in thongs and letting us see all of their assets.

In the video below, we get a behind the scenes eyeful of what to expect in the DaMandyz Donutz calendar, and once again we have a hard time believing Sonya Deville doesn’t have loads of dirty thoughts as Mandy Rose’s unbelievable ass in on full display as the two get very close for the photos. Mandy has often been compared to WWE Hall of Famer Trish Stratus over the years, but her body continues to pave the way for Mandy to take her own place as one of the hottest bodies in WWE history.

Mandy running around a neighborhood with her ass out was literally stopping traffic as seen below. And “Daddy” Deville has quite a following herself, so seeing her strip down and even trade outfits with Mandy makes this whole production a fantasy fest. Also seeing these two in their full-on gay pride gear during this shoot has us holding out hope that we will see them reprise their story on TV someday and give us the lesbian couple storyline we still want to see.

Check out the behind the scenes video below and order your DaMandyz Donutz Calendar at Amazon.com