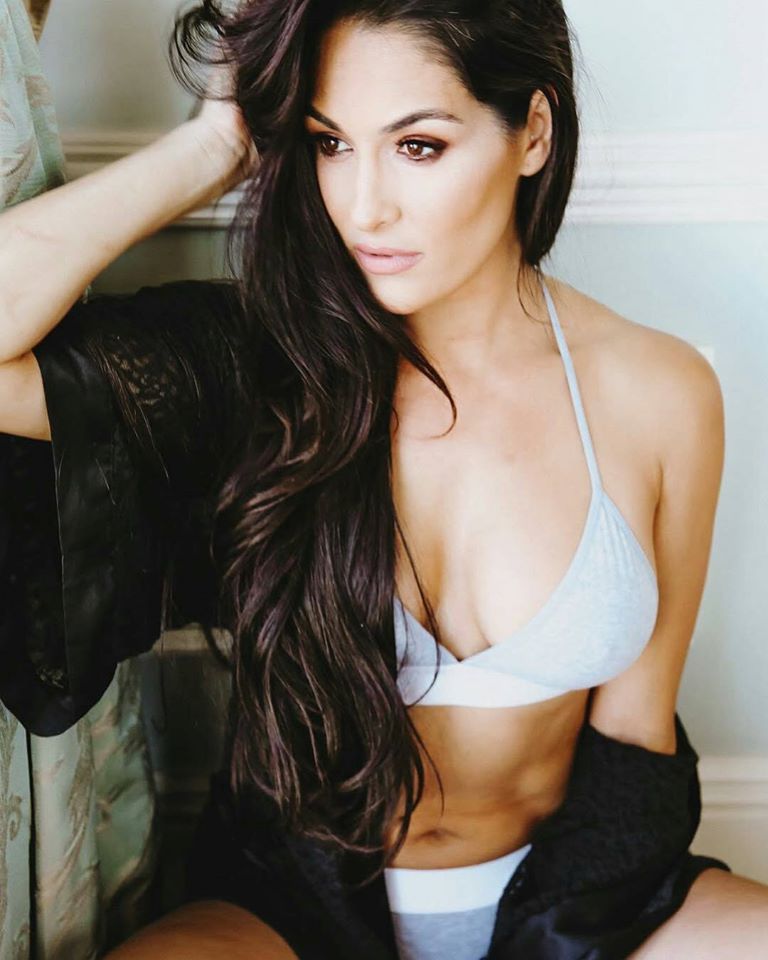 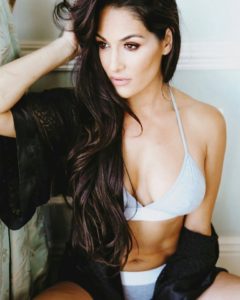 Ah, the joys of the social media era. With everything being documented in photos and videos these days, it’s actually surprising we don’t have more posts like this. While many celebrities are seemingly posting online all day long, rarely do we see a slip or accidental nudity of any sort…or maybe they’re just quick to delete it. Former WWE star Nikki Bella obviously was not that quick…OR she just enjoys us seeing her boobs.

For years it’s been apparent that Nikki Bella loves her own boobs, especially after getting them enhanced. While her sister Brie opted to go the natural route by waiting to have a kid to grow big breasts, Nikki has had her big enhanced tits on TV for years. Whether you’ve seen them on WWE TV, on Total Divas, or on their own show Total Bellas – if you’ve watched any of those shows you’ve noticed Nikki Bella’s knockers.

While we’ve patiently waited to really see some next-level nudity from the Bella Twins, the idea has been held down since WWE has gone the lame TV-PG route for the past few years so there was little chance of seeing much. When the Bellas were away from WWE a few years ago, they ran their own site that featured some pretty risque photoshoots that told us they know what we want more of. Then both Brie and Nikki made our list of the 10 Hottest Oops Moments in WWE TV History with their wardrobe malfunctions from over the years. But since they’ve both retired from WWE we weren’t quite sure what our next source of Bella Twin nudity would be.

Then today we got our answer when Nikki Bella’s boob finally popped out and gave us a full view right there on Instagram. Of course, Instagram hasn’t caught up with the times and doesn’t allow nudity, but an accident like this can easily slip by. It seems Nikki was trying to promote some shampoo but her nipple is what got the biggest promotion; and we can now confirm that even though Nikki has enhanced boobs, the Bella Twins’ nipples do seem identical.

Check out this quick capture below that gave us a great view of Nikki Bella’s hard nipple via her Instagram story: