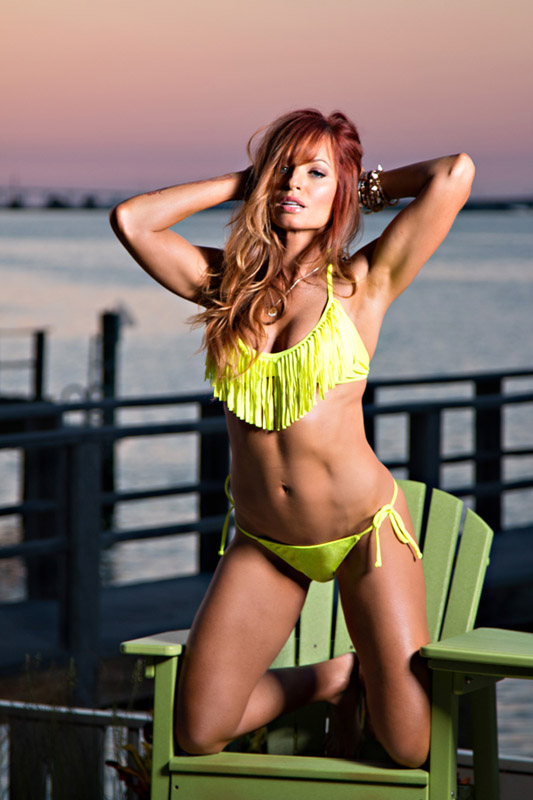 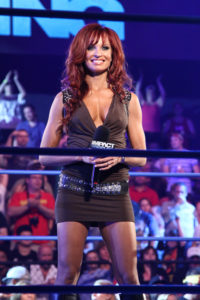 Many women from the pro wrestling world have proven that they love posing naked, even if it’s for photos that were meant to be private but end up with the world seeing thanks to a seemingly never-ending stream of online leaks. The latest wrestling star that has fallen victim to such a leak is former WWE and Impact Wrestling star, Christy Hemme. While we’ve seen many leaks that feature private nude selfies from various wrestling women, Hemme’s leak also includes photos from an actual photoshoot that were apparently never released.

Christy Hemme was first introduced to WWE during the first “Diva Search” competition which she ended up winning; she was over the top and full of personality, perfect for WWE.  While she wasn’t regarded as the best actual wrestler, she did get a WrestleMania match against Trish Stratus out of it and showed us a ton of skin during that era, even posing for Playboy’s April 2005 issue.

After her time in WWE, Christy moved on to TNA Wrestling where she was a wrestler, valet, and most recently their ring announcer for the past few years where she gave us some great eye candy week in and week out. Hemme kept on doing sexy photoshoots and we even reported on how she pretty much bared her boobs for Loaded Magazine years ago.   Somewhere along the line, it was like Christy went from bra and panties matches to giving us a more classy sexiness as a ring announcer that almost made us forget how much skin she used to show.

After Christy got married and eventually stepped away from wrestling to raise a family, we figured her nudity days were over, but this leak has so far provided what appears to be a topless  selfie she took  with a phone, as well as an entire topless shoot with Christy’s tits exposed in almost every pic. The topless selfie looks to be more recent and features Christy holding a toothbrush on her  boob – we’re hoping further photos will  explain what the topless toothbrush is all about.

The nude shoot appears to be from her TNA days but is very odd since it features her breasts exposed so they could possibly be some sort of outtakes. Christy is wearing see-through panties in these photos so there is a lot more visible than we’ve seen from her before (save for her Playboy shoot of course, but we’ve talked about our dislike for the airbrush look in the past.)

You can check out the continued coverage of the Christy Hemme leaked pics as they become available on the usual leak source forums.