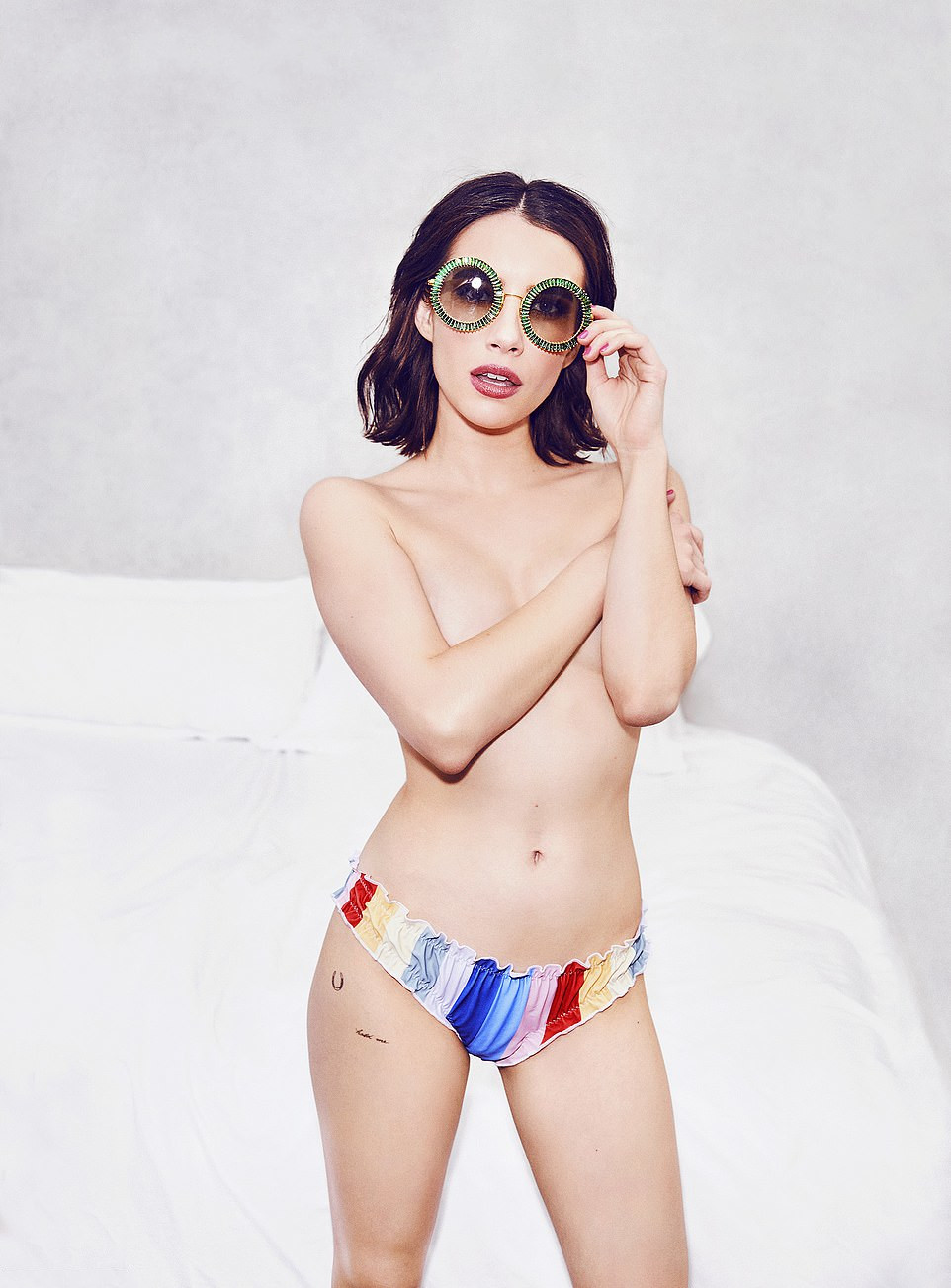 Seeing a hot actress topless for the first time has always been one of our favorite things since this site’s inception. We’ve covered some real classics like Jessica Biel’s topless debut way back in 2009, but the debut we’re covering today is a bit different simply because we’re not sure seeing Emma Roberts’ boobs for the first time was even meant to be!

The headlines read “Emma Roberts Topless in Cosmopolitan video” – OK, so she posed with her arms over her boobs? She posed with strategic angles that were sure to cover her nipples? Actually both are true, but it seems like an OOPS moment has allowed us to see Emma Roberts tits even though we probably weren’t supposed to.

So as you’ve probably seen before, photo shoots for Cosmopolitan and other similar magazines shoot behind the scenes videos that are released online. They show video of the celebrity having the photos taken and and interview about the shoot. Apparently when the Emma Roberts video was released today, someone forgot to edit out the angles that showed her completely topless.

The shoot features a topless Emma holding an old rotary phone in front of her tits, but the video is shot from the site and informs us of the glorious news that she did indeed do the shoot topless without pasties or any form of cover up garbage. Basically confirmation that anyone working these type of shoots has the best job ever.

Apparently Emma Roberts has stated she would never do a topless scene, but well, somehow we got one anyway. Does this entire shoot tell us that she’s easing up and becoming more open to nudity? We definitely have our hopes up for a nude scene in the future.

You can read her full interview along with the photos from the shoot at Cosmopolitan.com, and the uncensored topless video from the shoot is up on the Phun Forum.